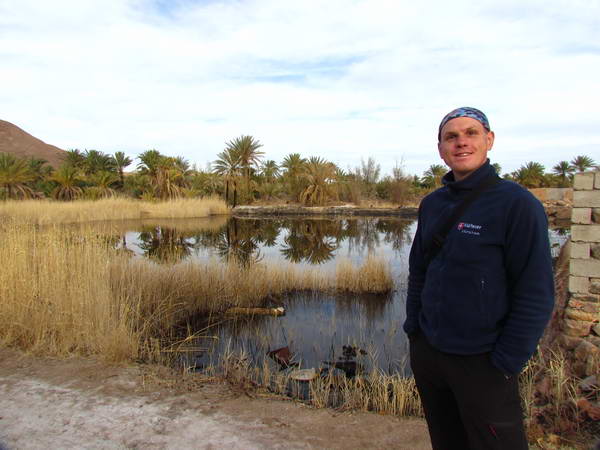 In this 2 to 3 day tour we will go to the beauties of sandy deserts in Khour & Biabank region in most eastern part of Isfahan province. We will visit the villages of Mesr and Farahzad, near the witching sandy dunes in a fascinating desert. Then we will go to visit beautiful villages of Garmeh, Bayazeh, Iraj and Ordib. They are desert villages south of Khur town, capital of Khour & Biabanak county.

Mesr village, the tourism capital of the deserts of Iran

Mesr village can be called the tourism capital of the Iranian desert villages. Extensive and beautiful sand dunes of the desert of central Iran can be seen around the Mesr village.

Many tourists from Tehran, Isfahan and other cities as well as foreign tourists come to the Mesr village to visit the beauties of the sandy desert around this village.

Other natural phenomena around the village of Mesr have added to the natural charm of this region. For example, there is a waterway in the heart of the sand dunes, which has created reeds 6 km east of the Mesr village, among the desert.

Mesr village was founded a hundred years ago by a farmer named Yusuf, and strangely enough, his knowledge and foresight for the future was such that it widened all the houses and alleys of the village into regular, large rectangles. He also built a wide street in the middle of the village. His prediction was that in the future this village will become a tourism hub. A prediction that came true.

You can see animal species, especially on the nights of the Mesr village. The eyes of foxes that glow in the dark and the scorpions that escape under the light of passengers headlamp, While chase them to film.

Farahzad village is a small village three kilometers north of Mesr village in Khour and Biabank county of Isfahan province. This village is nearly 60 years old and mainly Mr. Tabatabai’s family lived in this village and received tourists. Mr. Hossein Tabatabai is originally from the village of Jandagh in this area, but has had an eco-tourism residence in Farahzad village for many years.

The intensity of tourists’ welcome to visit the villages of Mesr and Farahzad is such that the number of eco-tourism resorts in these two villages is increasing every year.

Mesr desert refers to a desert of sand dunes that is located next to the village of Mesr in the Khour and Biabank area of ​​Isfahan province. Around the Mesr village, farms were formed, but in Farahzad village, you can see sandy desert and dunes near to houses.

The desert city of Khur has some water reservoirs, aqueducts and old houses. In addition to the desert attractions of Khur town, the nature and the villages of Khour & Biabank region are full of natural, cultural and historical attractions.

In Khur town, several eco-tourism resorts have been prepared to receive tourists.

Garmeh village, the most beautiful desert village in Iran

Maziar Al-Dawood eco-tourism residence is called Atashuni House in Garmeh village. In fact, the growth of tourism in this village and other villages of Khour and Biabank is due to the efforts of Maziar Al-Dawood for many years, who turned his father’s house into an eco lodge and welcomed tourists, especially foreign tourists in this area.

An ancient and historical Sassanid castle is located near the Atashuni House in Garmeh village.

A pond with beautiful reeds and groves around the village has created a beautiful and pleasant natural environment for this village. Most importantly is a spring that originates from the foot of a red-walled mountain near the village. Tourists sit around the spring and put their feet in the water so that the small fish in the spring can peck at their feet.

Ordib stands for Ordibehesht (May) and the reason for this name is probably the existence of farms and groves around this village that resembles the green beauty of May.

Ordib village has an abandoned historical mansion called Divankhaneh or Ordib Citadel. This mansion was once the ruling place of this village over the whole region. In addition, there is an old reservoir and the remains of old towers in the village.

The children and girls of this village became the subject of our photos.

Iraj village, a 4,000-year-old village with an ancient castle

The historical and ancient village of Iraj is located in Khour and Biabank area of ​​Isfahan province, 40 km south of Khur town.

There is a hill in the middle of Iraj village, on top of which there is an old and beautiful castle that overlooks the whole village.

In the past, Iraj village had several springs, some of which have dried up. The nearby mountains of this village are home to wildlife and are under environmental protection.

The gardens and farms of Iraj village are clean and beautiful.

Bayazeh village, a historical village with a five-story castle

Bayazeh village is one of the most historical and spectacular desert villages in the south of Khur town. This village is located in Yazd province in terms of country divisions.

Bayazeh means White. The reason for naming the village is due to the white cover caused by salt in the plains and fields around this village.

Bayazeh is a relatively large and ancient village with aqueducts, water reservoirs, old houses and beautiful groves. It has a historical mosque and an Imamzadeh, and except for the remains of some historical monuments in and around the village, it has a famous historical castle. A five-story castle surrounded by a moat filled with aqueduct water. This ancient castle belongs to the Sassanid period.

The mosque of Bayazeh village is also thousands of years old.

The historical and ancient castle of Bayazeh village belongs to the Sassanid period. The multi-storey castle has nesting rooms and winding corridors. It is said that this castle has several hundred rooms and there are several wells and several mills in this castle. The walls and towers of this castle are made of raw clay and mud.

A deep moat has been dug around the very high walls of the castle, in which the water of the aqueduct has flowed. This fort has both residential and defensive and military uses.

Bayazeh village is a relatively large and desert village which is located 50 km south of Khur town,